KNCK Radio sits on the west edge of Concordia, Kansas just like it did when it signed on in 1954.  As soon as I saw the original sign atop the building, I knew this was going to be a good one.

Radio is important to those living in northcentral Kansas.  It’s a rural checkerboard of small towns, many with Czech heritage.  While some counties in this part of the state are below replacement rate as far as population, Concordia seems be doing alright given it’s one of the larger towns in the area.  It certainly has a successful and well-run station in the form of KNCK. 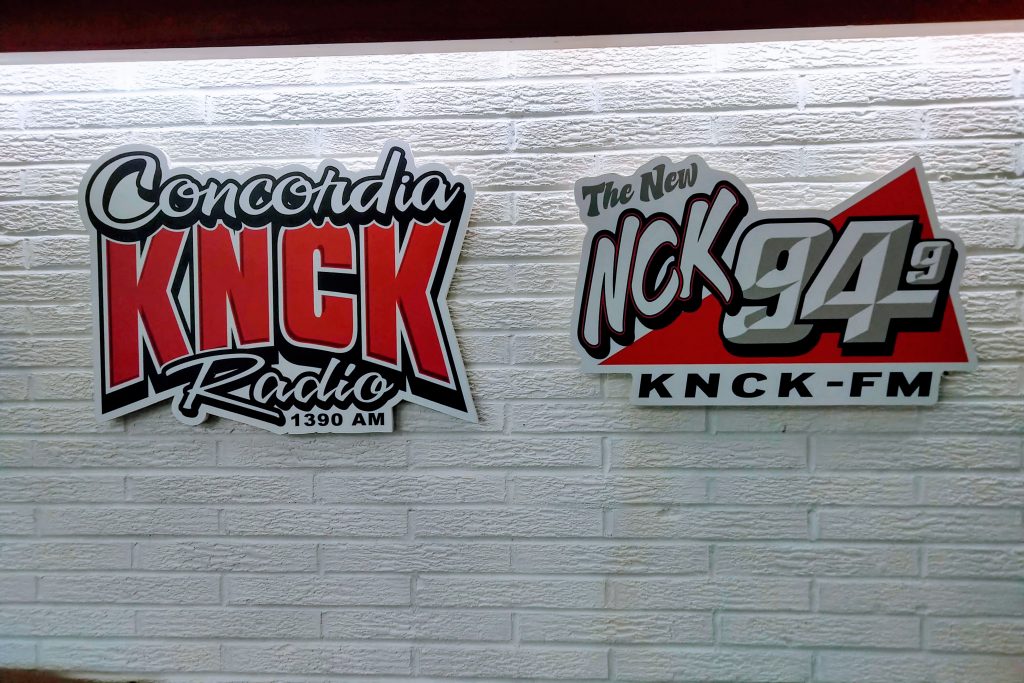 When I walked into the station, I notice one thing right away.  Brick.  Literally tons of brick.  Every wall.  This was an expensive little building.  Turns out, the station was started in the 1950s by Charles Cook, who owned a brick manufacturing plant.  Mystery solved.

I was greeted by a friendly receptionist who turned me over to Sports Director Toby Nosker for a tour. 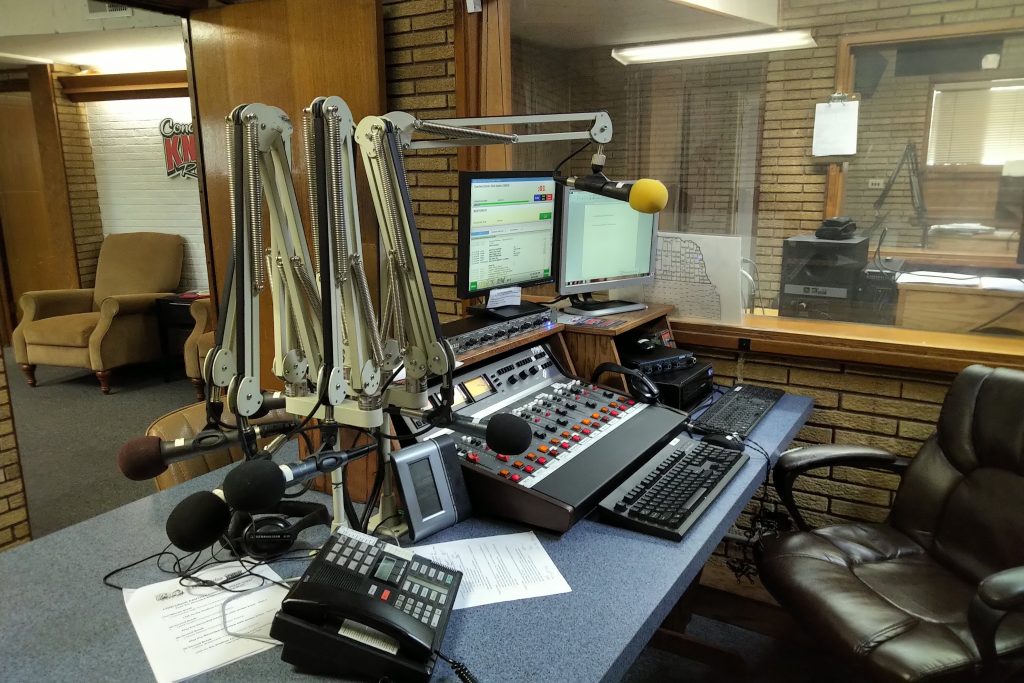 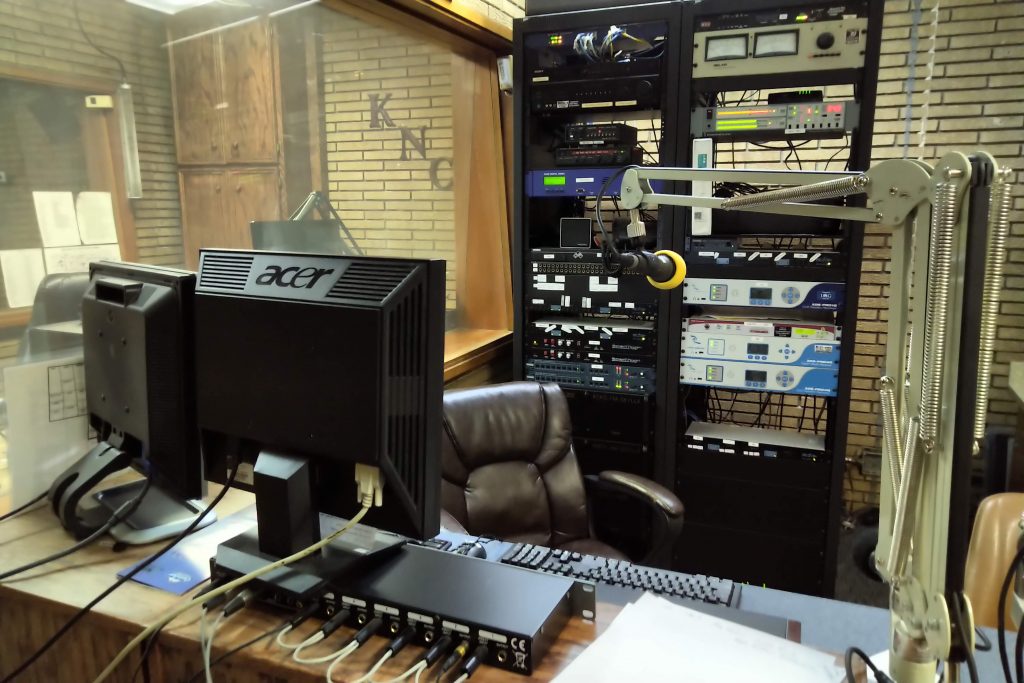 All the studios are accessible from the lobby.  The first is the AM studio which features a healthy battery of SM58 mics for numerous guests.  The standard lineup of satellite receivers, EAS receivers and modulation monitors fill up the racks behind the board operator position. 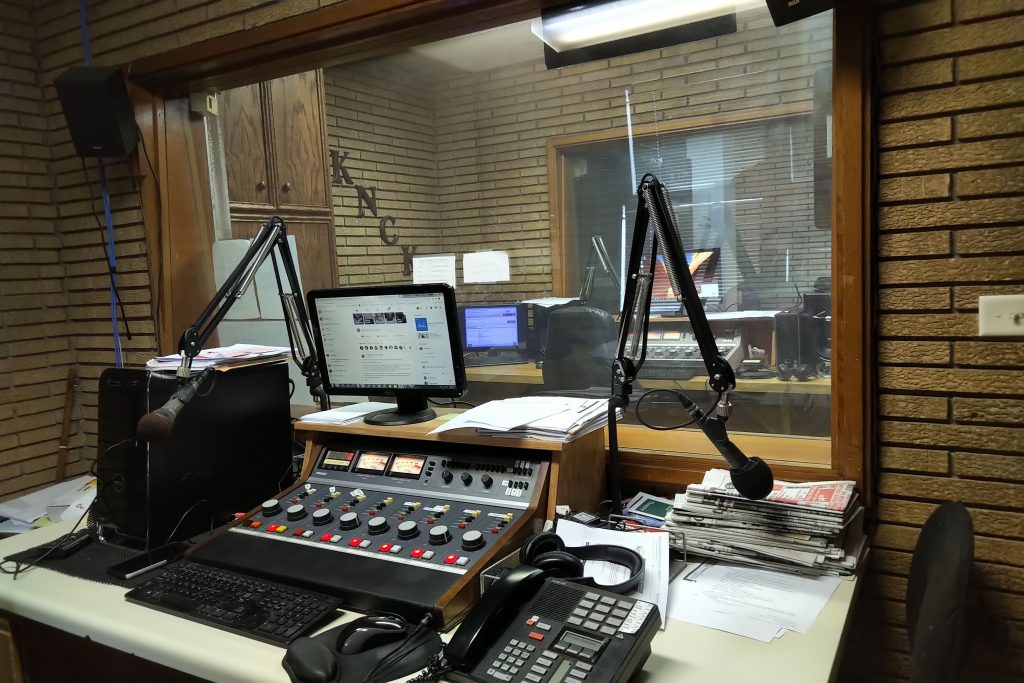 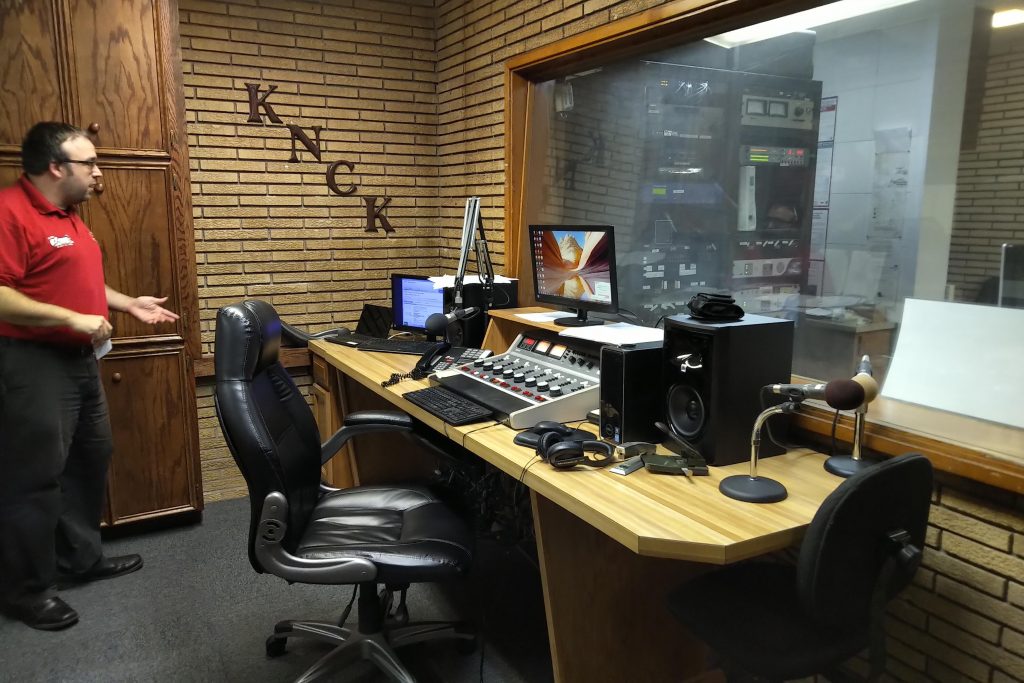 The FM studio and a production room make up the other two studios.  There’s some switching flexibility to make these studios even more functional.  I personally am always excited to see rotary consoles in use!  Now my favorite part: 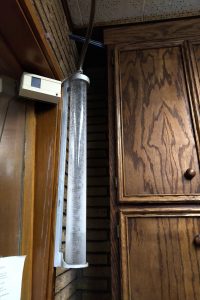 Yes, there’s an indoor rain gauge in the middle studio!  So much better than mucking through a satellite dish farm in search of the rain gauge only to find the riding lawn mower took it out the week prior.

While it’s a little unusual to find brick walls inside a studio, the acoustics weren’t bad thanks to the carpeted floors, slanted glass and classic acoustic tiles on the ceiling.

This is tornado country, so I asked the obligatory severe weather coverage question.

Nosker said there’s an old fallout shelter out back, but the staff doesn’t visit frequently.

I guess I’ll have to try for a peek on the next trip! 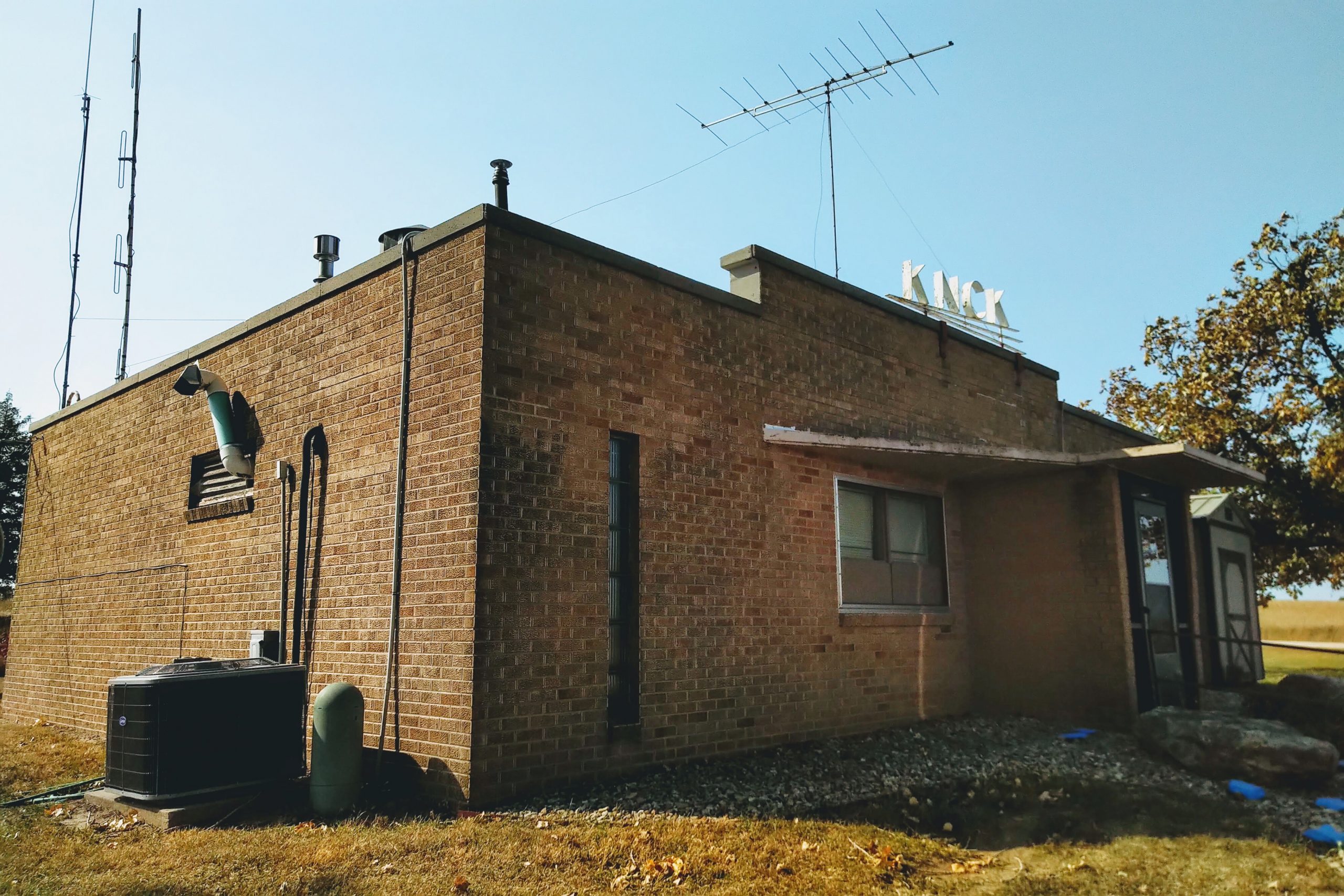 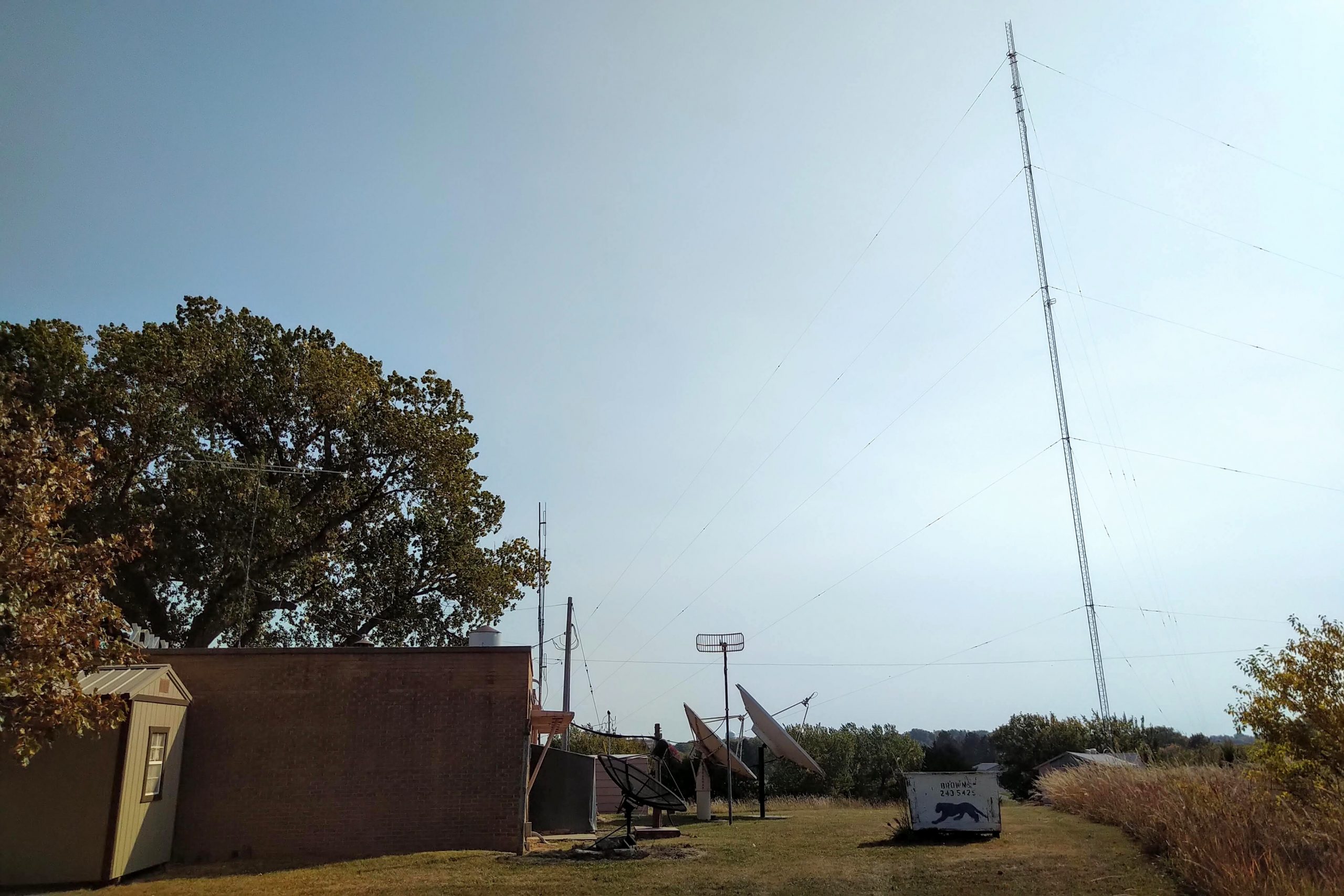