The one-man-band operation is not uncommon in radio, but it’s not as common to find in a big market like Albuquerque, New Mexico. Enter Eddy Aragon, CEO of 93.7 FM/AM 1600 KIVA. Branded as “The Rock of Talk,” Eddy’s got everything from Sean Hannity to Fox News to his own afternoon drive-time talk show, which includes a parade of sidekicks in studio and from the field. Eddy has a few part-time helpers, but largely does everything himself, including building the cool KIVA website which resembles a McIntosh amplifier. 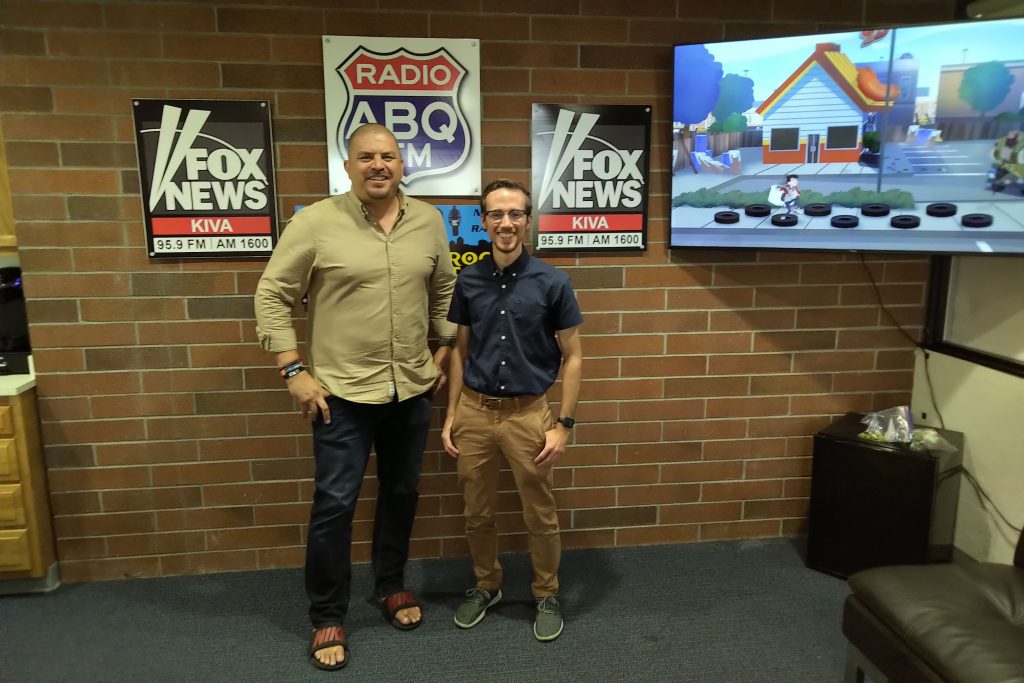 I stopped by KIVA to set up a demo for Eddy, who plans to use QGoLive to host his show remotely from Phoenix at times. The compact studios are located in Southeast Albuquerque in a medium-sized office building. You can actually see the AM transmitter site out the control room window in the near distance. The facility consists of an entryway, lobby and lounge, kitchenette, control room, guest studio, and equipment room. 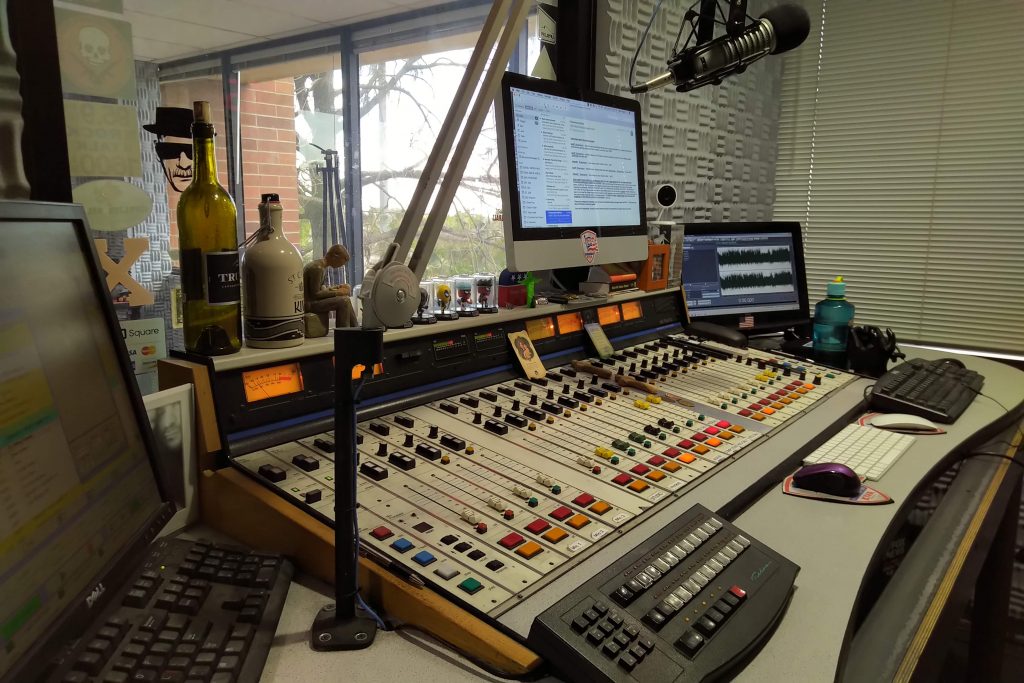 Eddy’s put together a very nice blend of classic and new tech. His analog board blends nicely with its digital surroundings, and his air chain is elegantly simple. 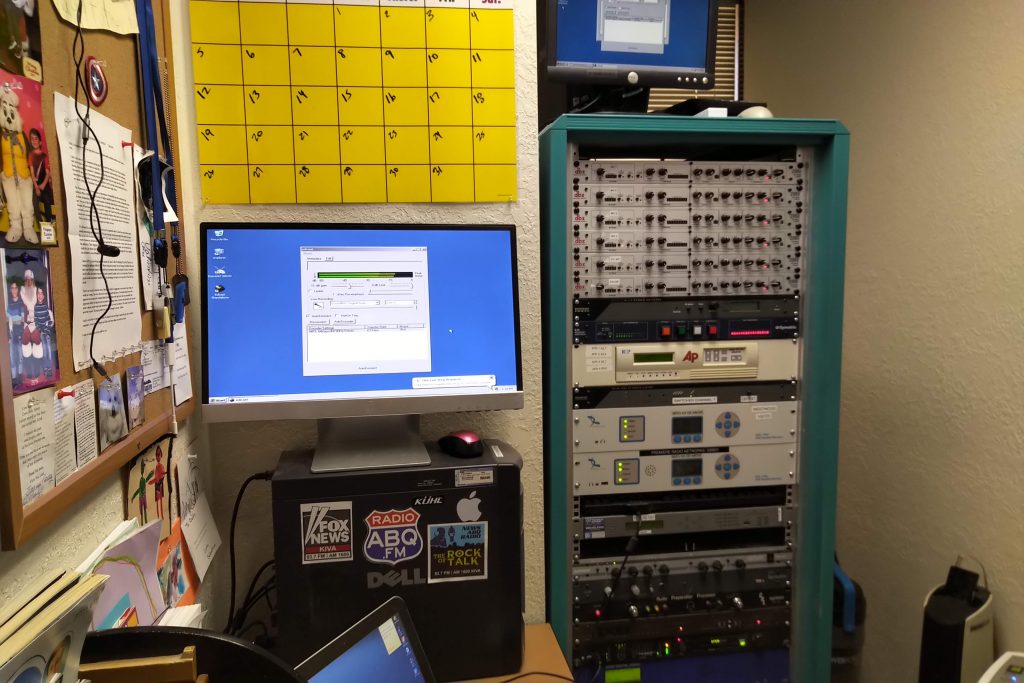 A door behind the control room leads to a small equipment room, which contains all the mic processors, satellite receivers, servers and STL equipment. The small helps keep costs down and fosters a very comfortable, homey atmosphere. Eddy’s personal touches are everywhere, and if guests need something to pass the time, there are stacks of books neatly arranged all over the place.

Eddy also has an excellent phone app for this station, which interestingly includes other audio streams including the BBC. It’s really an entire radio ecosystem in one app – another cool piece of work Eddy should be proud of.

I very much enjoyed the visit (and the pizza we ended up ordering). Thanks, Eddy, for the tour! 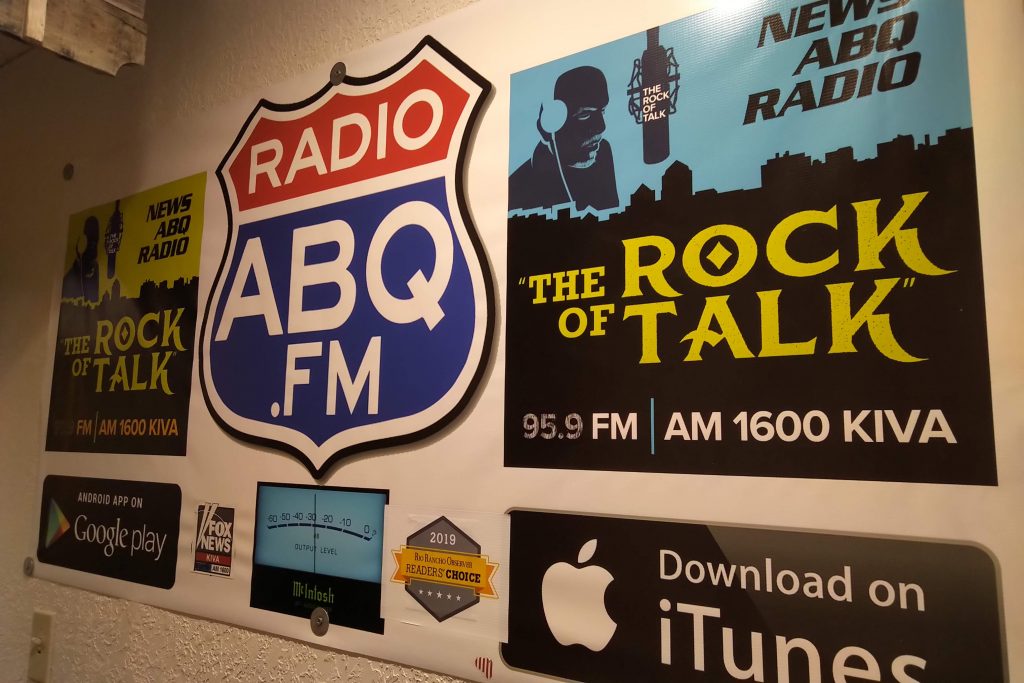